The role of public education in the social development of Kerala, is the first and foremost. Nearly two centuries ago, Kerala was the State that declared education as a universal and Governmental obligation. Really these virtues Sreemoolanagaram Akavoor School, was founded by Akavoor Krishna Namboodiripad in 1946. The school originally functioned at Vellarapilly, a traditional place of the native land where the Agnihotri, Akavoor Chathan, Rajakan and Paakkanaar belonged in the same family. Initially, the School concentrated in Sanskrit, was later upgraded to High School with more curriculum, the Akavoor High School located in the west of Kanjoor Panchayath and near to Sreemoolanagaram Sub Registrar Office. From 1986 onwards, the School is run by an organization called “Gramaseva Samithy” based at Aluva under the name “Seva Bharathi”. The School has celebrated Diamond Jubilee with students of more than 550 from Class V to X. This School is a social symbol with more than 60 batches of students completing 10th grade. There are many people who have excelled in different successful areas of life;film director,music writer,actor of malayalam film industry . 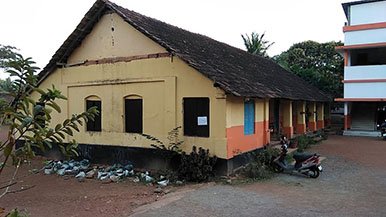